Beneath the Snows of Kanchenjunga – Book Review

This book Beneath the snows of Kanchenjunga  was written  by S Sekhar. It was published by Frog Books , An imprint of Leadstart Publishing Pvt . Ltd. 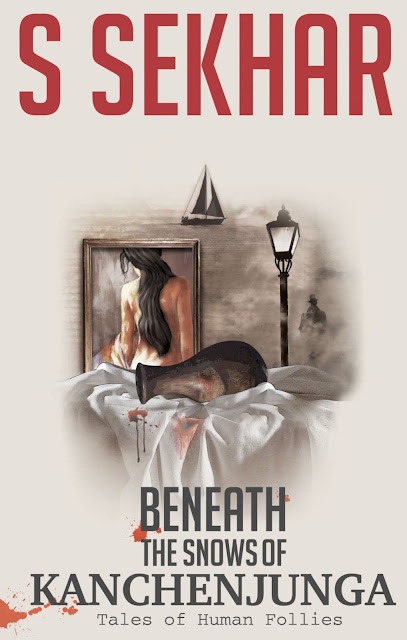 S Sekhar who has penned this book was born and brought up in Darjeeling. His love for his birth place and the Himalayas can be known from the title of the book and the stories of this book were narrated in and around the places of Himalayas.

Beneath the Snows of Kanchenjunga – Kanchenjunga being the third highest peak in the world , it will be a beautiful sight to view the mountain peak with its pure white snow cover. The eight stories are happening in the Himalayan villages .

The are eight stories in the book , which revolves around the life of people who lives beneath the peak. The stories talks about the people’s lives , their dreams and the conflicts they face in their day to day life.

1.   The Iyengars of Ladenla Road

In this story the characters Mr and Mrs. Iyengar ( Ramu and Radha ) life was told. Mrs. Iyengar was depicted as a character who always nags Mr. Iyengar for his forgetfulness even infront of third person. She even compares him with her elder brother.

A salesman Sujay travelling from Silliguri to Darjelling to take orders for the company he was working.

This was his usual routine , but in this particular travel he sense some strange things and he didn’t realize them at that time. This story was different from others.

3.   Fred Fenton In Darjeeling
Fred Fenton was from Wales became friend of Arindham , who came to Darjeeling after many years. Arindham met  Rabi , his classmate and brother of his Ex- lover Reema. He was invited to Rabi's house and he went along with Fred. Fred and Reema became close. What happened later is the unexpected......
4.   Gyaltso
Sanjoy and Nirmal Bose met on their journey in Darjeeling Mail. Sanjoy went to visit Gyaltso , on Nirmal's invitation.

The inhabitants of the village were Korowai tribes from Papua , who came here three generations ago.The secret of this tribes was the interesting twist to the story.

5.   Not About Simple Arithmetic

Couples were searching for a teacher to teach arithmetic to their two daughters who were entering college this year.They found Anil sir , who lives in an unbelivable surrounding . It was a great twist what happens in Anil's future.

Shirmal life journey from Nineteen years till his adult age as a successful lawyer. How he saw his first love Maya in later part of life.......

The cottage in which Samar was living in the Rungdung valley. He was living alone after his daughter went to Kolkata and his wife Carol passed away. He was an English teacher in his old school because of Ranjit , son of a local party member , he was terminated. It was all by the scheme plotted by the new principal. How samar revenged was the rest of the story......

Meghma is a small village on Nepal side in the India - Nepal border. The person went on the mountain trek meets a person named Krishna Chettri who owns a shop.

Each one of the eight stories has different storyline and was happening in different places.Each stories ending was unexpected and are interesting . A great book to read for those who likes reading .

Posted by Sharanya palanisshami at 11:14 PM