For August ssshhhh….. secretly cooking. I was paired with Amirta Iyer. We has to cook dishes from Indonesian Cuisine. As there are many dishes were Non vegetarian , I decided to make this bread. 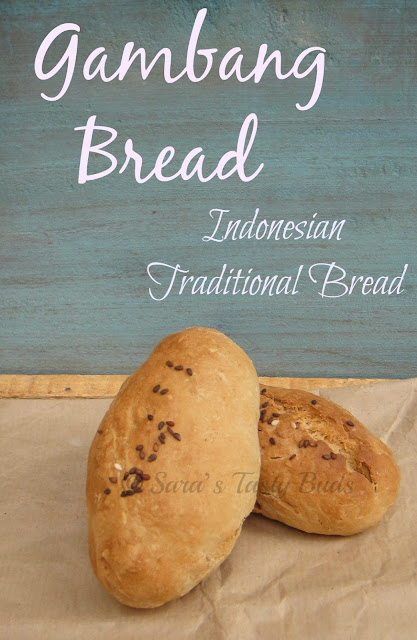 Roti Gambang / Gambang Roti is the traditional bread of Indonesia.  This bread originated from Betawi ( Jakarta ) , which was rooted back to Dutch colonial era. This bread is known as tea or coffee mate. 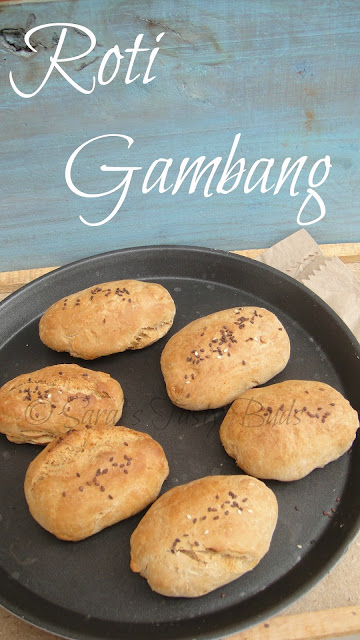 Though this is a bread  , it has the crunchiness of the cookie too. I followed the recipe from here. I skipped the egg yolk which was used in original recipe. I used Butter instead of Margarine. 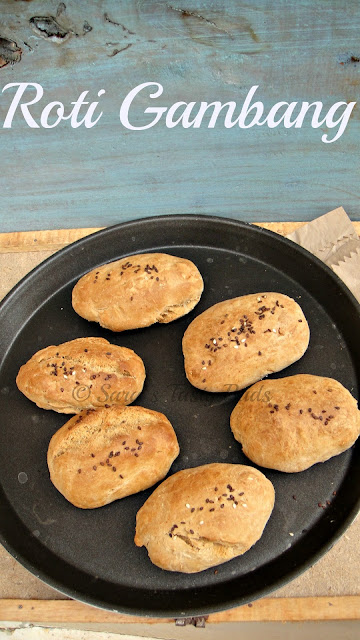 Boil  the Java red sugar with the water until dissolved and become a syrup consistency. Let it cool.

Pour the sugar syrup and knead well for ten minutes.

Add in the butter and knead again . Cover the bowl with cling wrap and let it rest for 30 minutes.

Divide the dough into equal parts about 12 will come.
Shape the dough balls  into oval shapes and arrange in the baking tray. 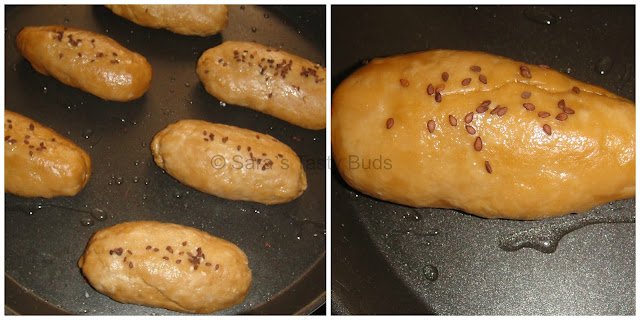 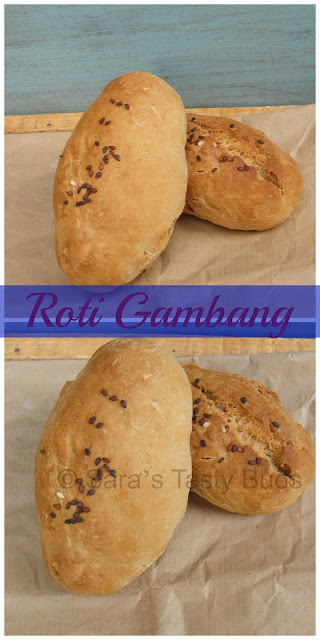 These breads tastes good with flavor of Java sugar. 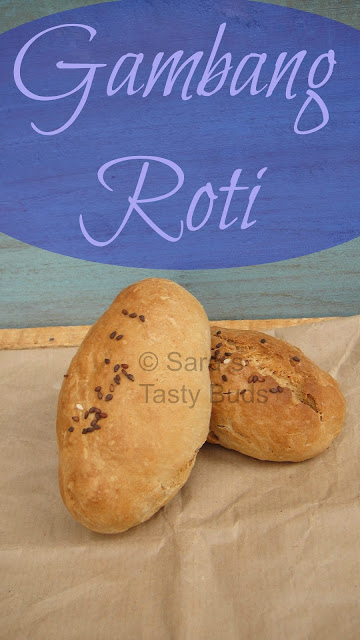 Ghosts from Our Past – Book Review

Ghosts from our past : both literally and figuratively: the study of the paranormal by Erin Gilbert , Abby L. Yates , Andrew Shaffer. This was the Revised Edition of the book.
The authors shared their childhood paranormal experience in this book.

When Erin as in elementary school her family lived in a small suburban enclave in Battle Creek , Michigan.

There was a old lady lived next door to Erin. She was all alone in the house and won’t switch on the lights and lives in dark .

Before Christmas , there was a huge crowd infront of her house and Erin heard that she had broken her leg and died. By the night , the author saw the lady in front of her and she spills blood and cursing. This nightmare continued every night for a whole year.

Once Abby was playing in the backyard after a big Thunderstorm  with her imaginary dachshund Zorp. She looked up and saw a massive rainbow in afternoon sky.
She gone further following the rainbow into the woods. After ten minutes , the rainbow faded , she was in the woods and lost her way back.

For three days and two nights , she and her imaginary dog stayed under large maple tree. On the third day her father found her.

By junior school year Abby’s family moved to Battle creek . There she met Erin in the school and both started talking about Ghosts…….

It is human nature to fear the unknown. Both formed the club for their interest in ghost and called it as The Metaphysical Examination Society.

Both started reading notes and discuss on paranormal activities from public libraries .

Two girls along with their professor from University went on their first ghost hunt. They went to a old ranch with the victorian style home . But the sadness was the professor died there because of heart attack.

Ancient people believed in after life especially in Egypt – Buring the person’s valuable in their pyramids.

Explained about the early ghost clubs and the members active in those clubs.

The authors explained about the various technologies available to detect the presence of ghost . They shared their real life encounter with ghosts.

It is a great book to read for those who are interested in knowing about ghost.

I received this book from Blogging for Books for this review.
Posted by Sharanya palanisshami at 4:11 PM No comments: Links to this post

For this month’s bread bakers the theme given by Sue of  Palatable Pastime is Peppers. I like the flavor and taste of Bellpepper . So I made the whole wheat buns stuffed with the Bell pepper. 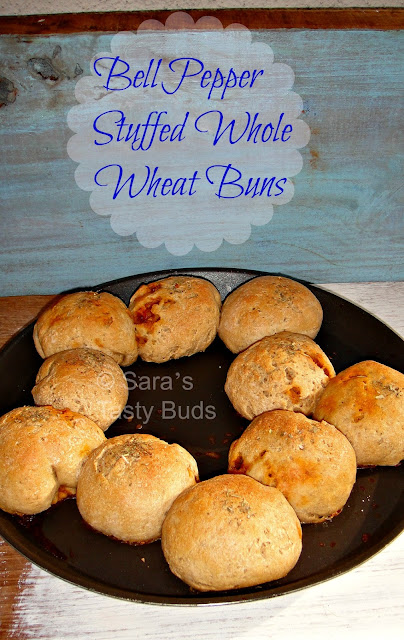 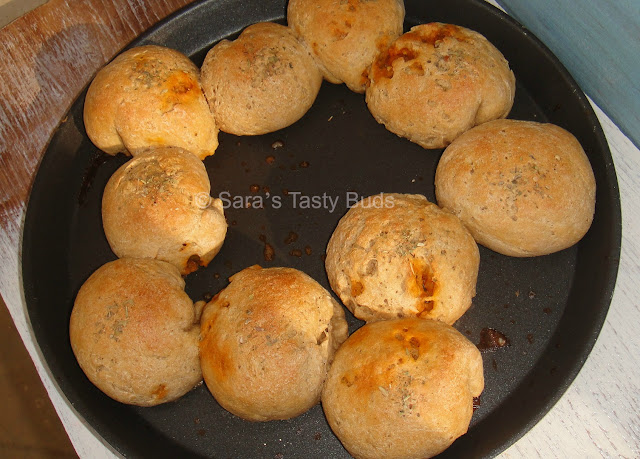 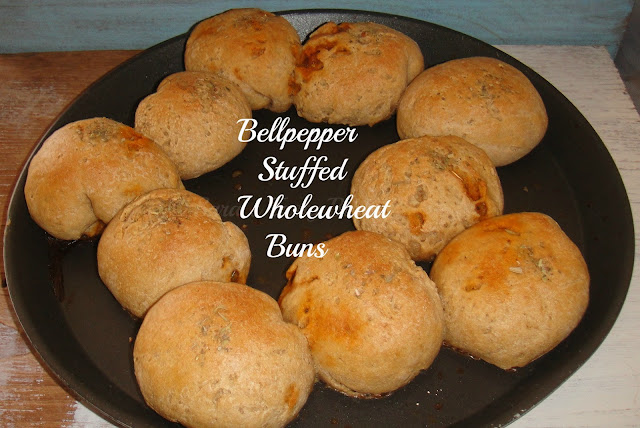 Method :
In a bowl mix together the wheat flour , yeast , salt and sugar together .

Add in the luke warm milk to the flour mixture  and  make a soft and smooth dough.

Cover the top of the bowl with cling wrap and let the dough double . I left the dough for four hours.

In the mean time make the stuffing.

Chop bell pepper into small cubes. Chop onion and garlic.
Heat oil in a pan , add the chopped onion and garlic saute well till onions become transparent.
Add in  chopped peppers and sauté for two minutes
Add in the tomato sauce , salt  and mix again . The moisture content of the sauce must be dried out.
Add in the Italian seasoning and take off flame.
Let the stuffing cool. 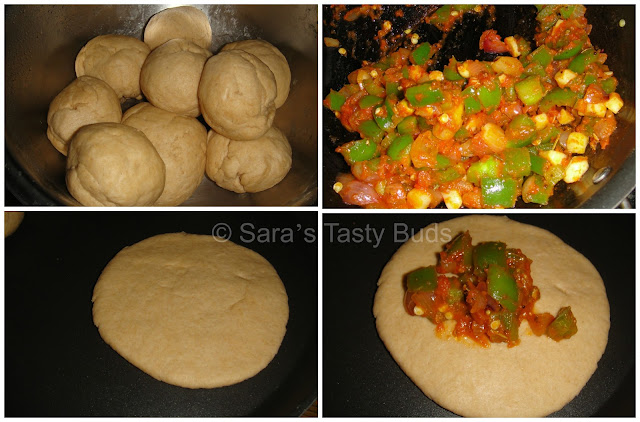 Punch and knead the doubled dough.

Divide the dough into equal and small round dough balls.

Flatten each dough ball and stuff a spoonful of the stuffing and seal well. Roll into round shaped rolls.

Place in the baking tray and let it for second rise.

Mix the milk and sugar in a bowl and brush the buns with a pastry brush before baking.

Sprinkle the Italian seasoning on top. 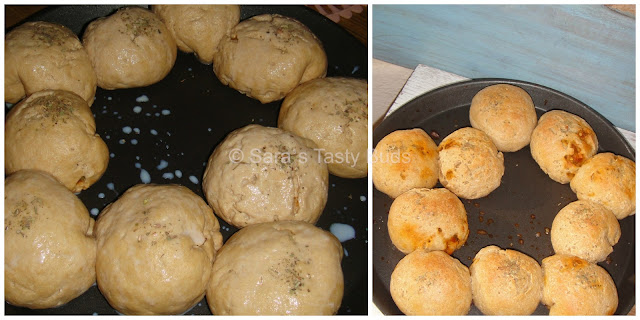 Buns can be brushed again while baking with the milk and sugar mixture.

Take off from oven and let it cool on rack. 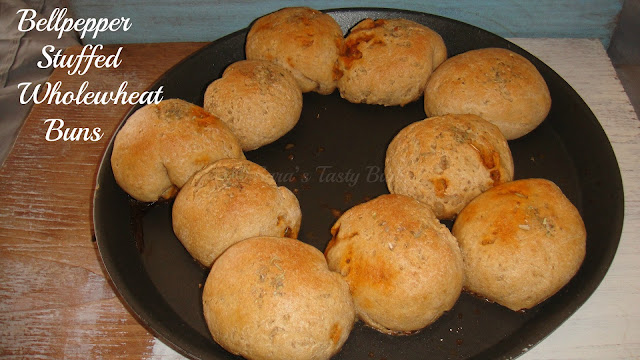 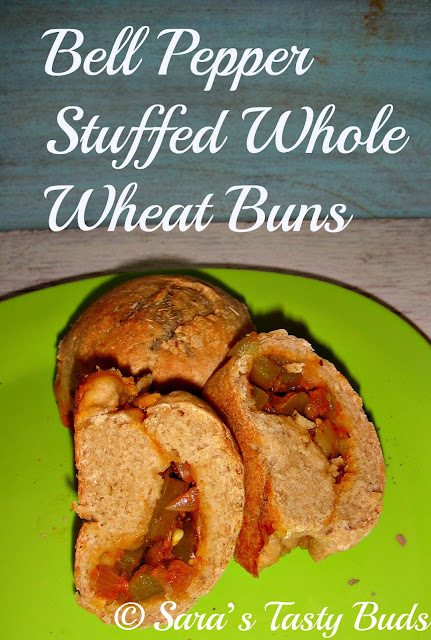 #BreadBakers is a group of bread loving bakers who get together once a month to bake bread with a common ingredient or theme. Follow our Pinterest board right here. Links are also updated each month on this home page.

We take turns hosting each month and choosing the theme/ingredient.

If you are a food blogger and would like to join us, just send Stacy an email with your blog URL to foodlustpeoplelove@gmail.com.

Posted by Sharanya palanisshami at 4:06 PM 12 comments: Links to this post