Malai kofta is a well known mughal dish which is best combo with ghee rice, jeera rice and coconut rice. This gravy is rich gravy which can be served with roti / phulkha. 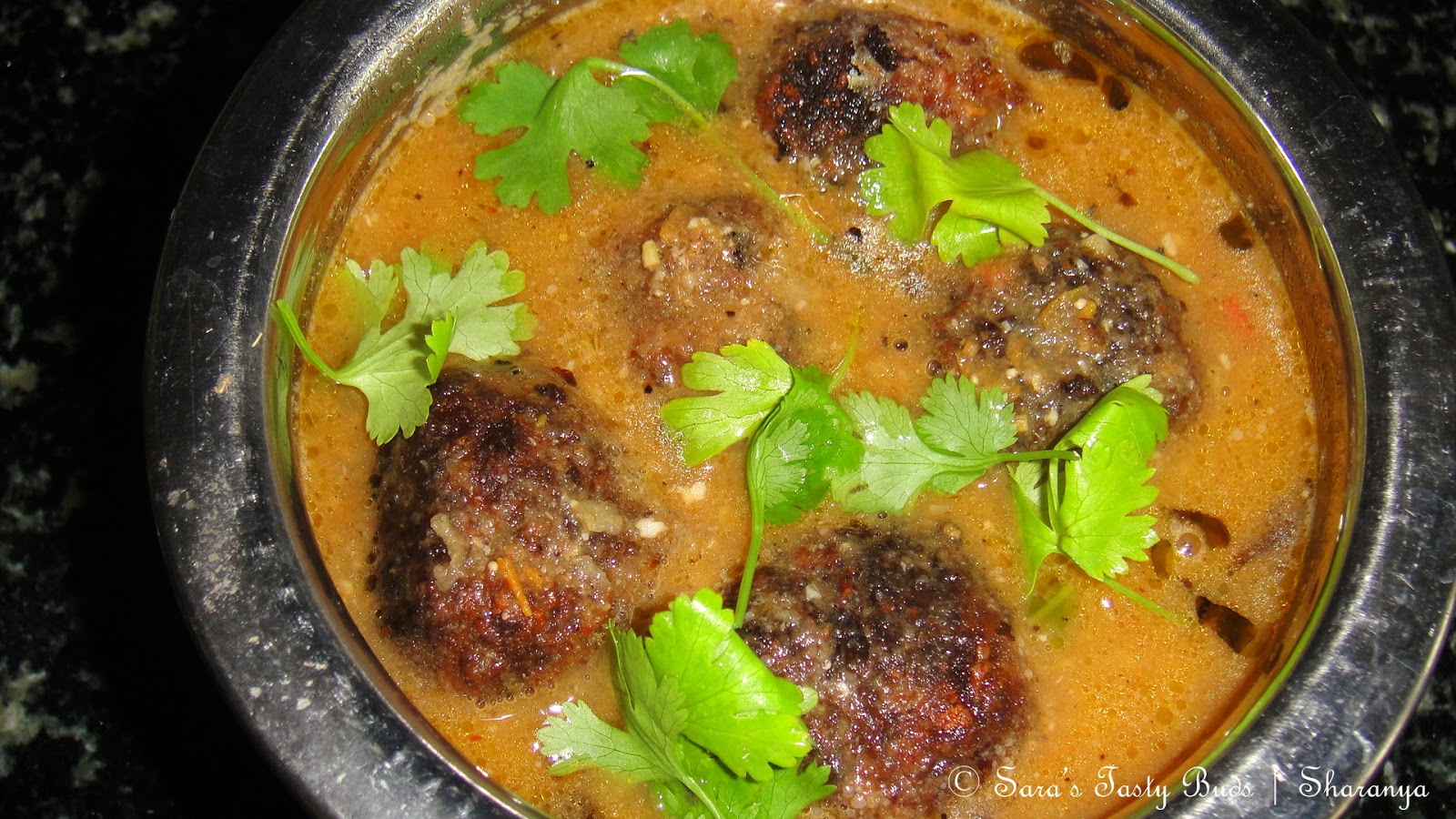 This dish is a spicy gravy of Indian cottage cheese dumpling in rich creamy sauce. 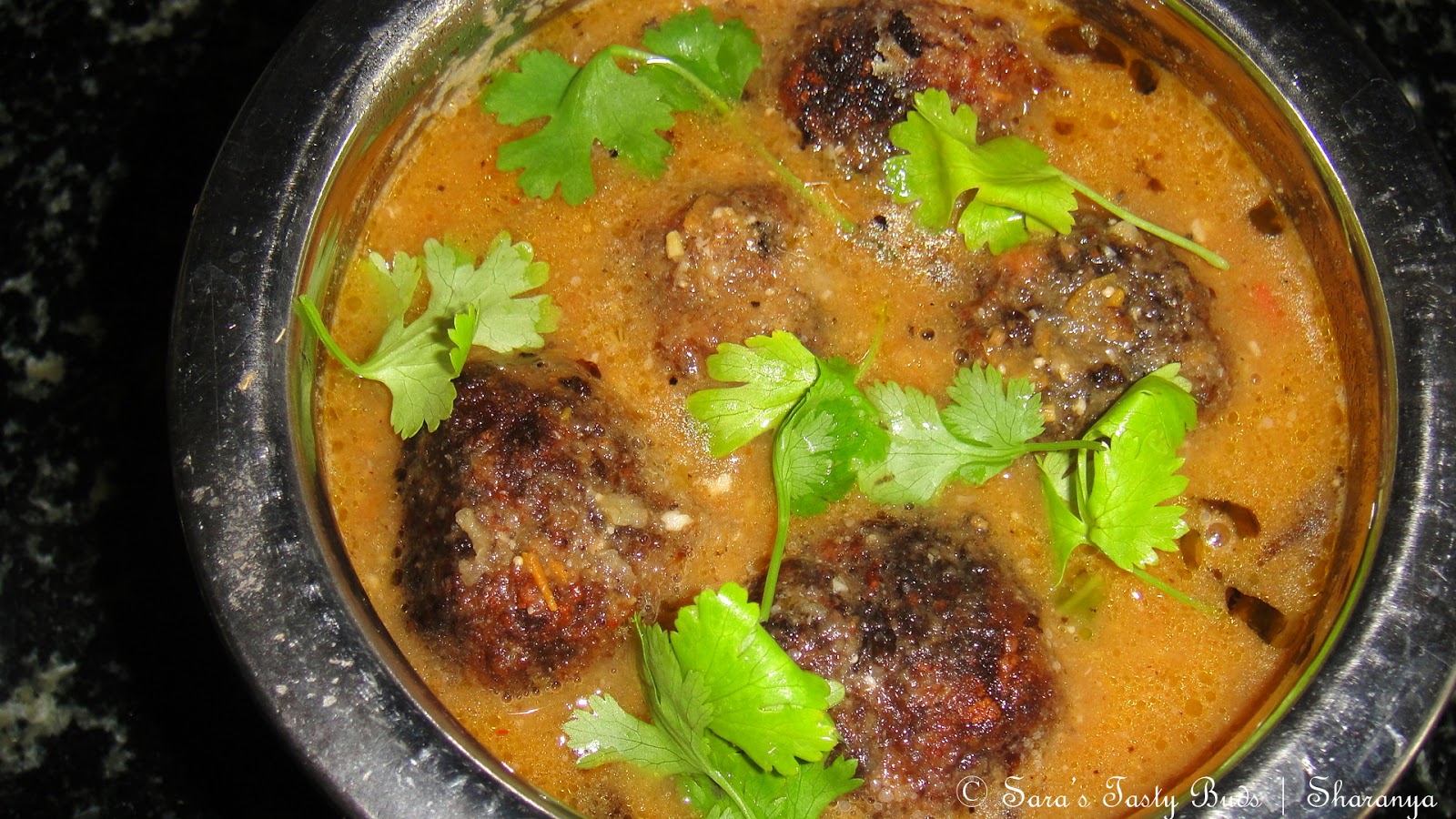 This gravy is a popular dish in many restaurant menus. Everyone will fall for its flavor and taste.
This post was in my draft for more than one and half years. I didn’t made again , will update photo soon. 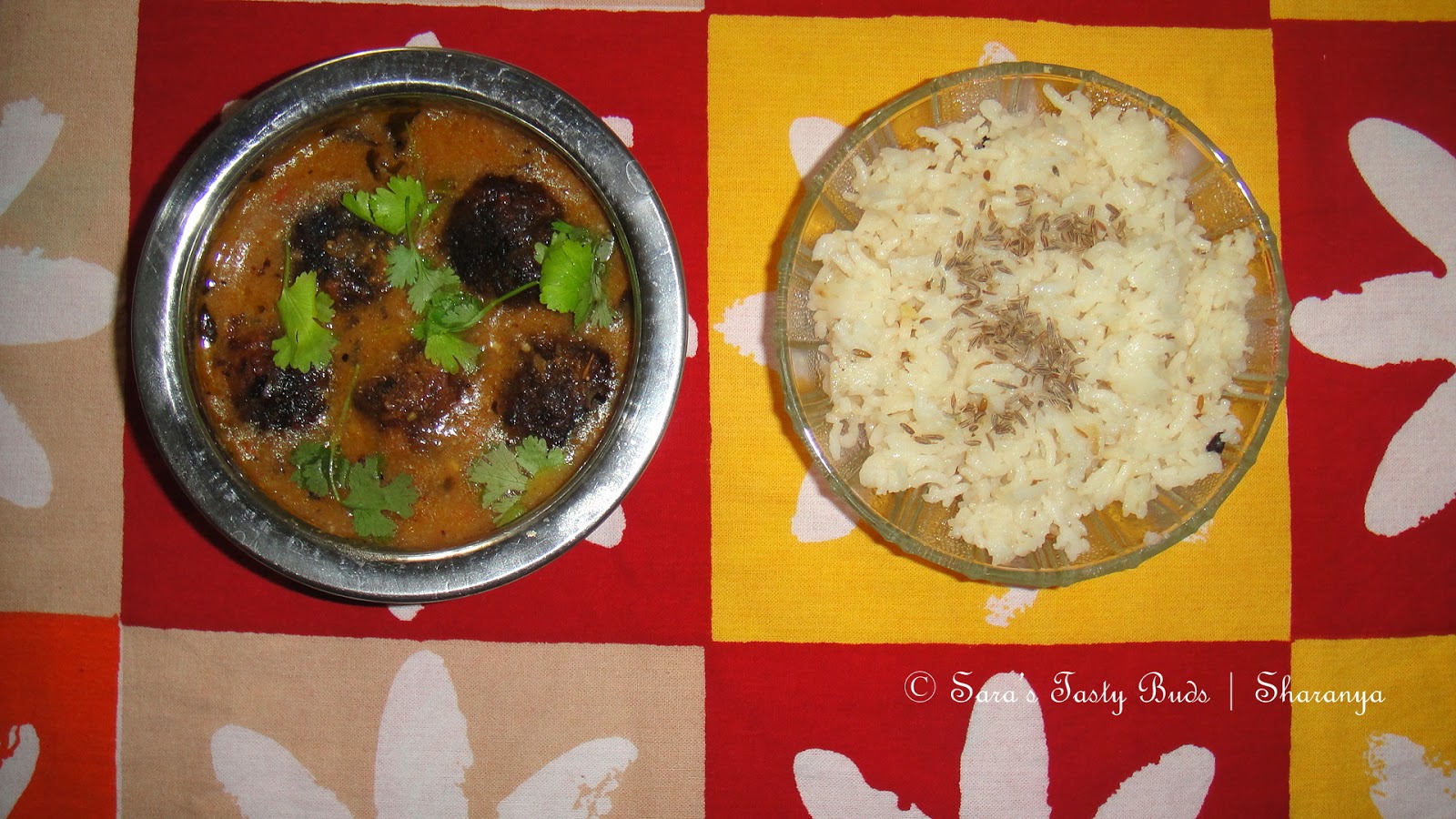 This picture was taken long before , so it won’t be clear. 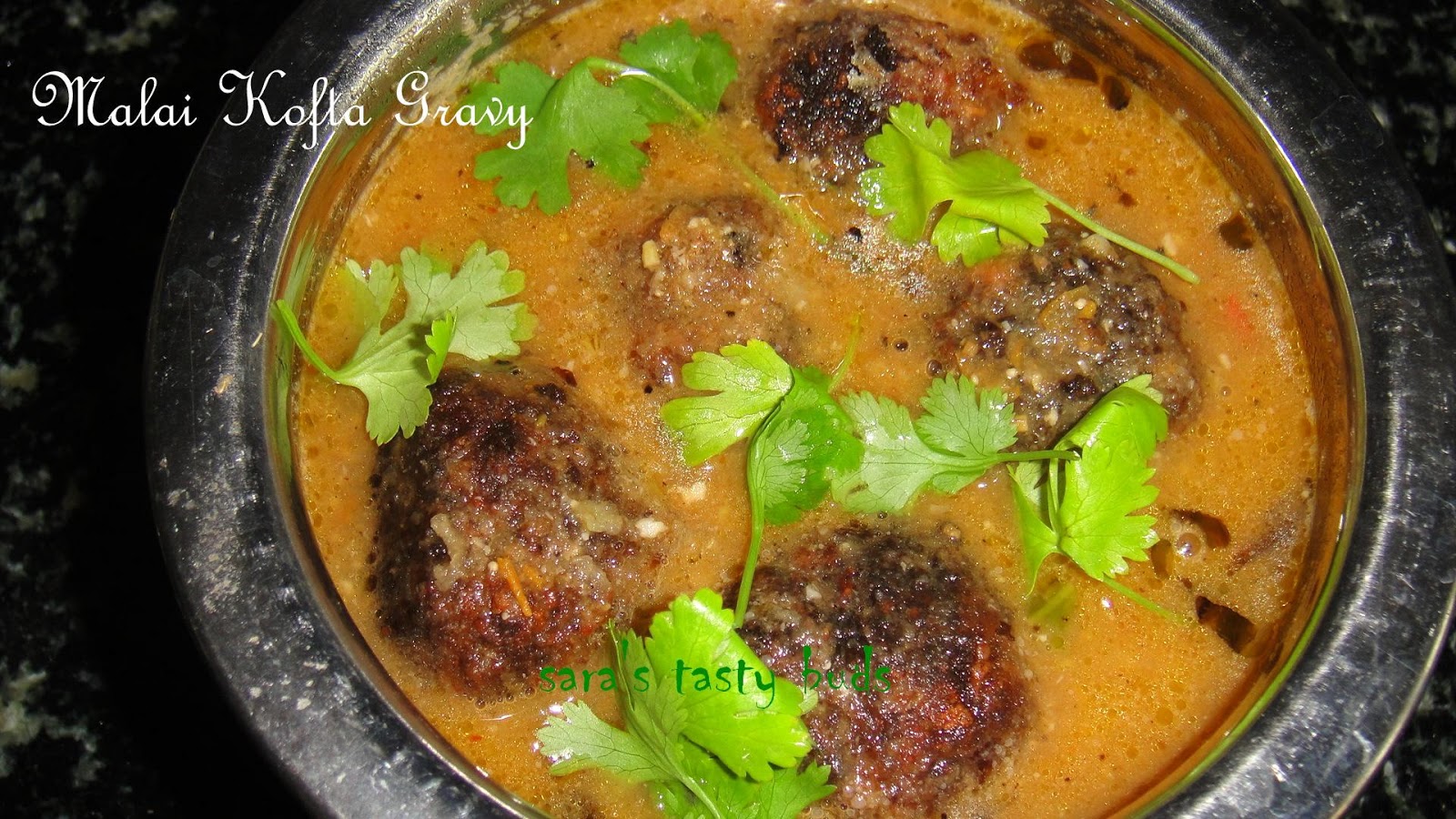 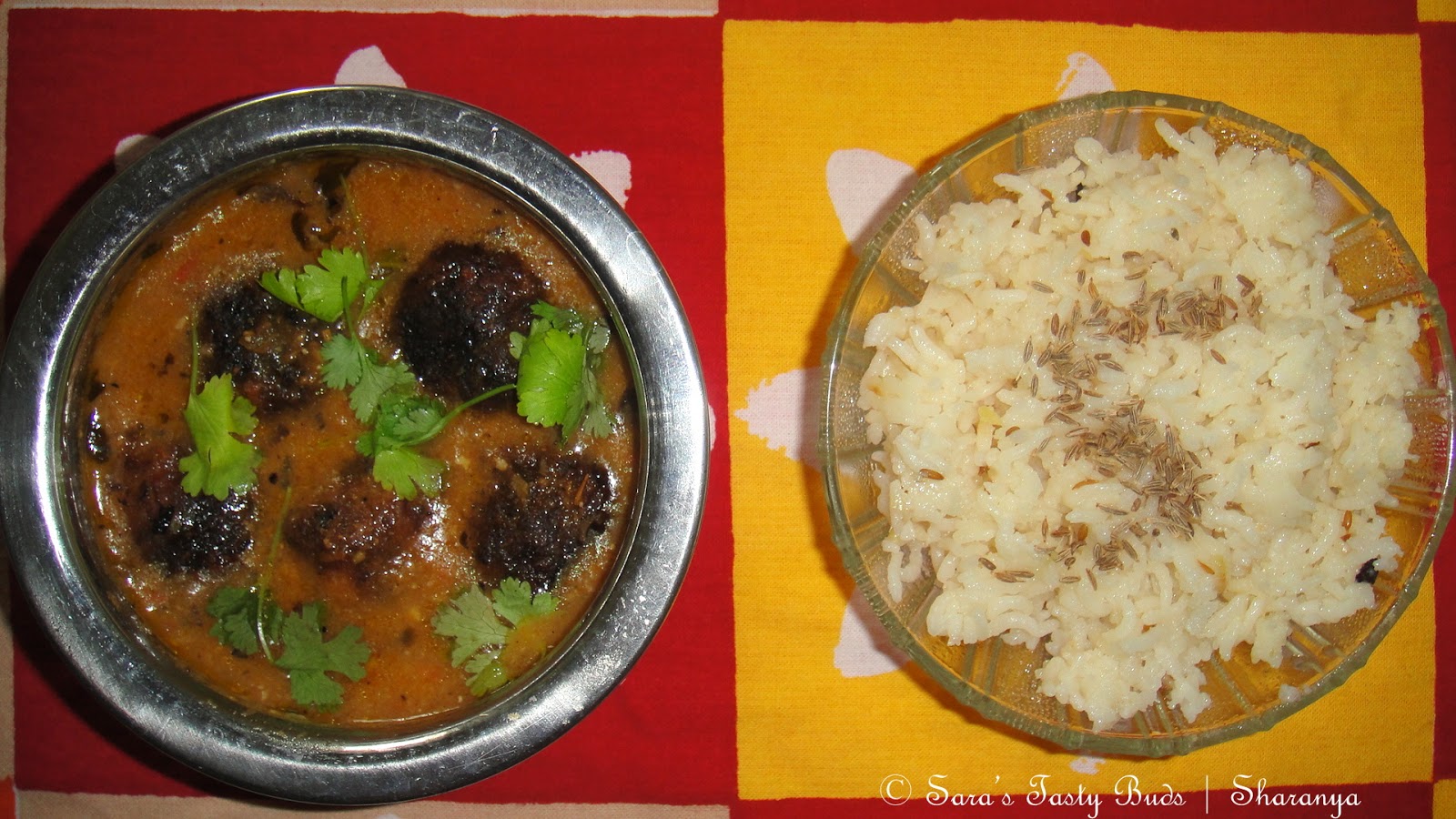 Method:
Boil the potatoes, cool, peel and grate them.
Grate paneer or crumble with hand.
Wash all green chillies, deseed and chop them fine.
Peel carrots, grate them, and add peas and some water, boil them in microwave for 10 mins.
Peel onions, cut them into halves and boil with a cup of water for ten minutes. Drain excess water, cool onions and grind them into a smooth paste. Set Aside. This onion paste gives a unique taste and texture to the gravy.
In a bowl, mix mashed potatoes, paneer, some chopped green chillies, boiled carrot-peas, corn flour and salt. Mix well. Divide into 20-22 equal sized balls. Stuff them with raisins & cashew in the centre.
Deep fry them in hot oil until slightly golden brown. Drain and keep aside. Fry one kofta and check for binding, if it breaks, add a little more cornflour. Deep fry the koftas in hot oil. It can also be baked in a 220* C pre-heat oven, by arranging & spraying oil on these koftas placing them on the baking tray for 10 mins.
On the other side heat oil in a kadai, add fennel, boiled onion paste and cook for five minutes. Add ginger & garlic paste, few chopped green chillies, coriander powder, cumin powder, turmeric powder, and salt. Cook for a minute.
Add tomato puree and red chilli powder and cook on medium flame untill oil separates on top from gravy.
Add milk along with some water & bring it to a boil and simmer for ten minutes on a slow flame. Stir occasionally.
Stir in fresh cream and garam masala powder.
Gently put all of these kofta's in the gravy when ready to serve. Simmer for another 2 mins .

Sprinkle the grated panner , chopped nuts on top ( optional ) .
Enjoy this rich, creamy gravy with Nan/Roti (Indian Flat Bread.)
We had it with Jeera rice. 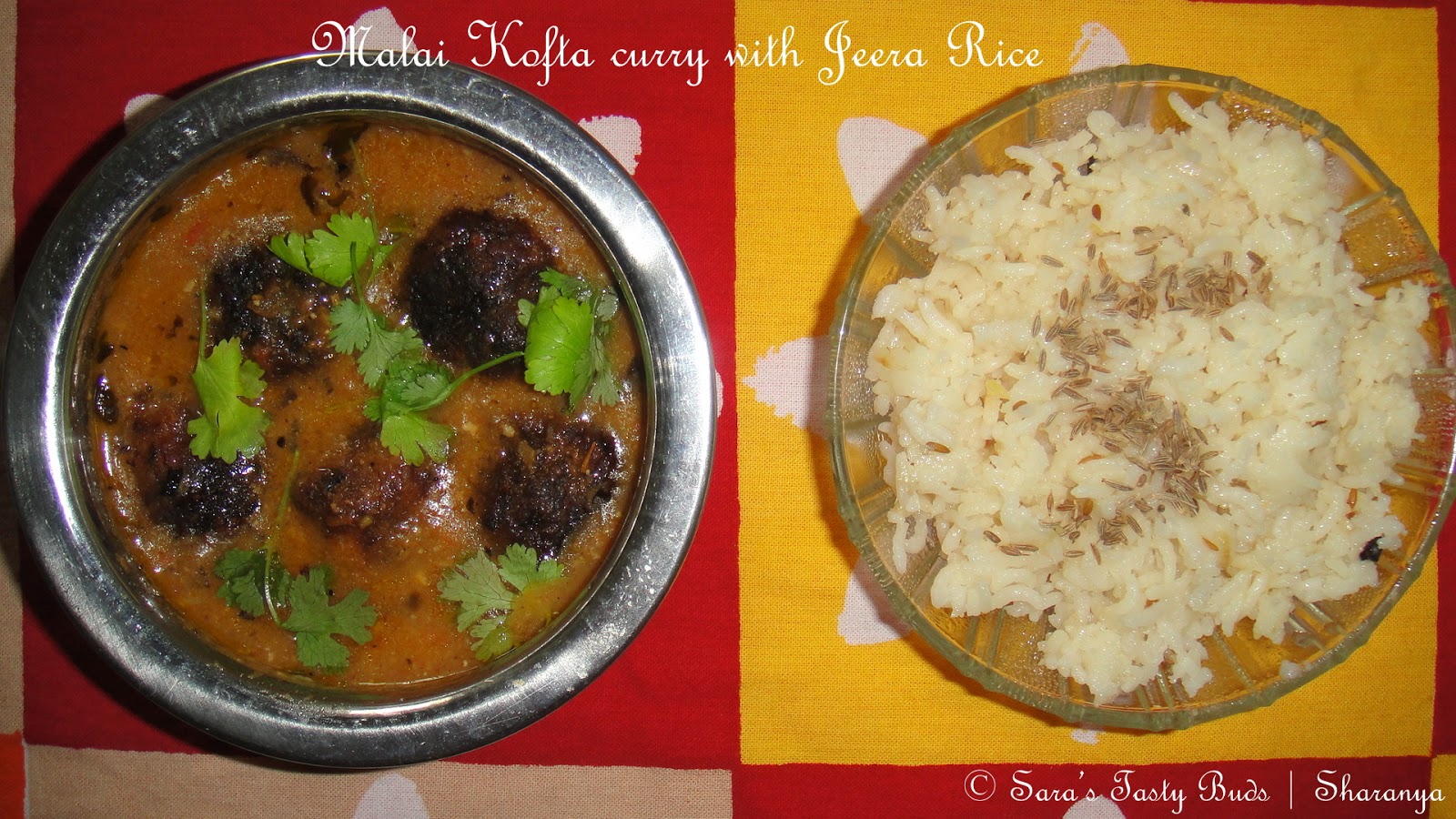 Note :
Reserve some koftas to add just before serving. It will be crunchy.
Gravy and raw koftas can be made a day before.

Posted by Sharanya palanisshami at 9:36 AM 8 comments: