Sable’ is a French round shortbread biscuit , originates in Caen , in the province of Lower Normandy.
According to the letters of the Marquise de Se’vigne’ , the biscuit was created for the first time in Sable’- sur – Sarthe in 1670.
The French word sable means sand perhaps relating to these soft ,delicate , crumbly texture biscuits and their golden colour. 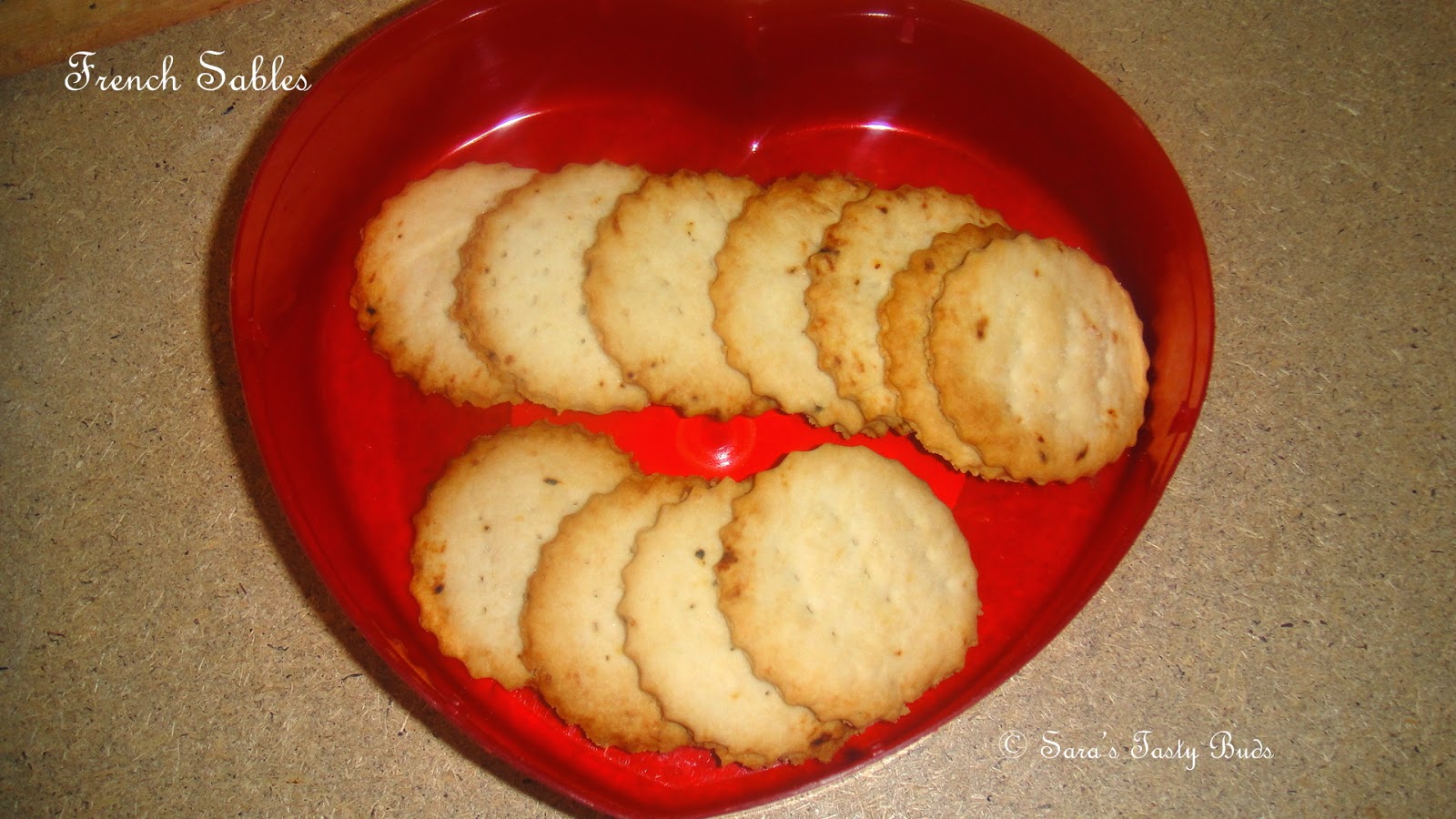 Among the most  well- known Sable’ recipes are those of La Me’re Poulard and the biscuits of Saint Michel and Pont – Aven.
Sable’s can be flavored with almonds , lemon or orange zest.

French shortbread biscuits are very famous and they melt in mouth bcoz of the butter. Eggs can be used in this biscuits. 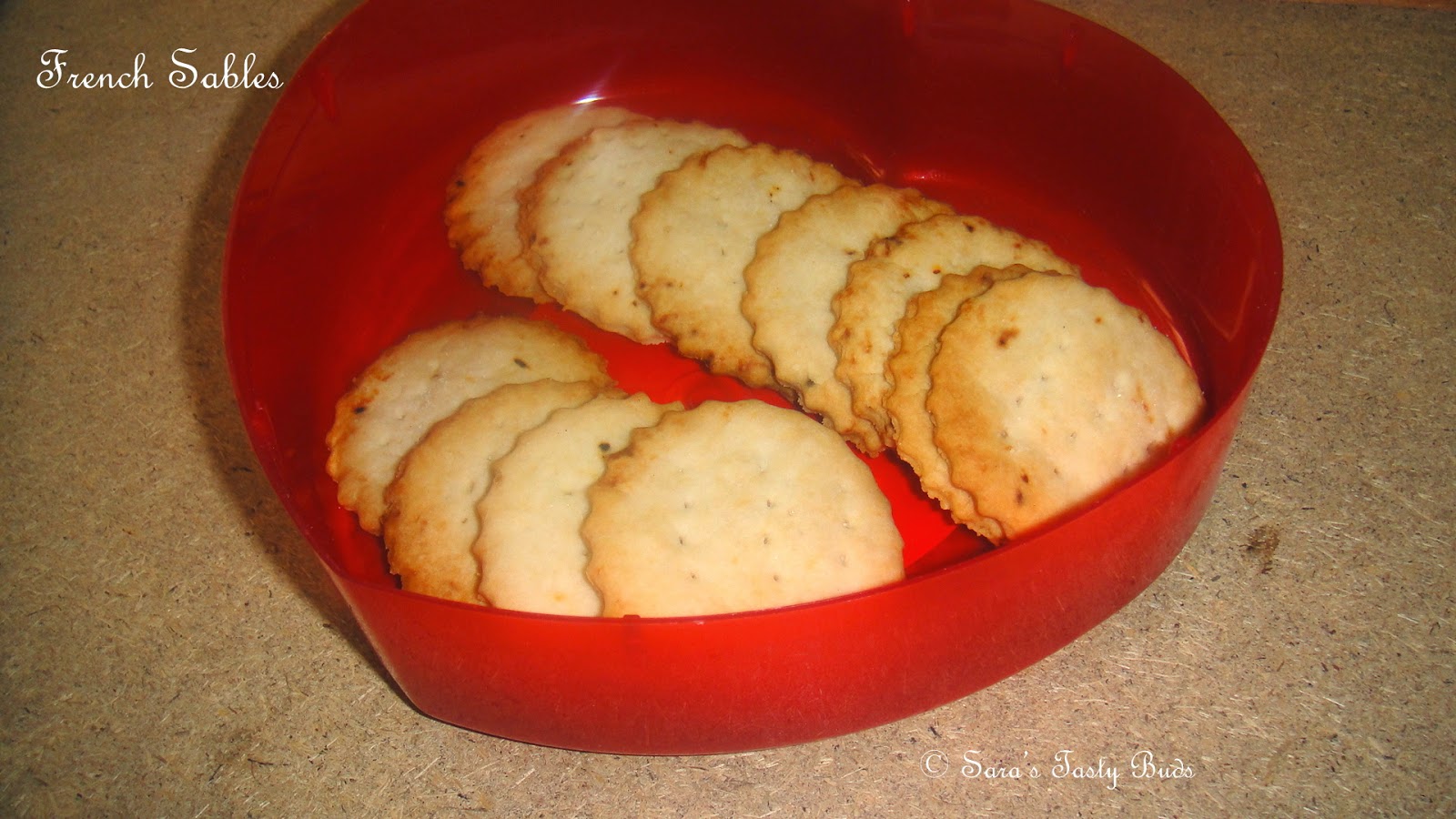 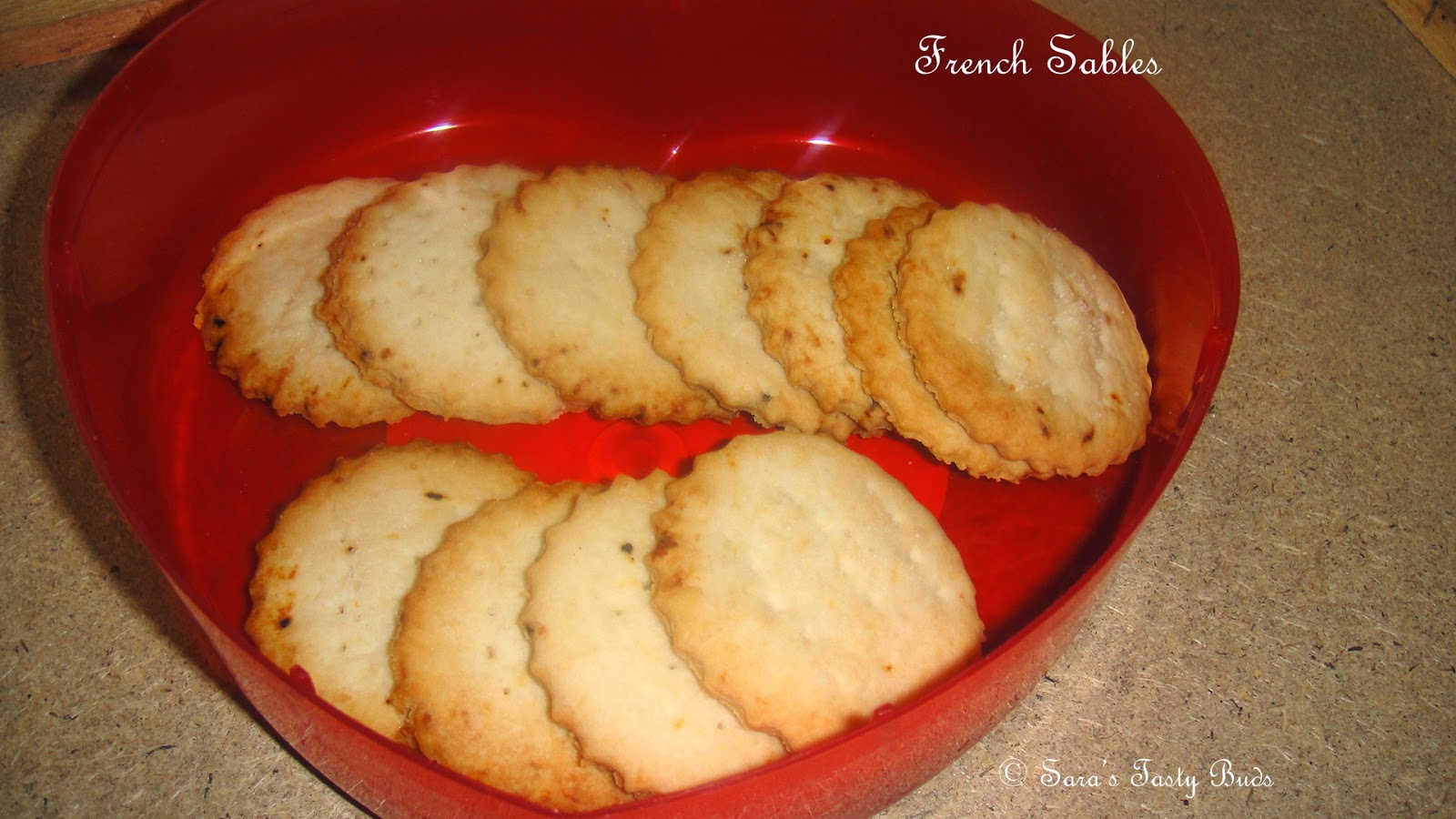 Method :
Beat the butter and sugar together until they turns light and fluffy.
Add in the vanilla extract , milk or water , beat for few minutes.
Now add the flour and mix well to form a smooth dough.
Roll the dough between two ungreased baking sheets and flatten slowly with a rolling pin.
Using a cookie cutter , cut the cookies into round shapes.
With a fork prick on the center of each cookie.
Transfer to the baking tray and bake in the preheated oven for 15 minutes @ 220* C.
Cool the cookies and store in air tight container. 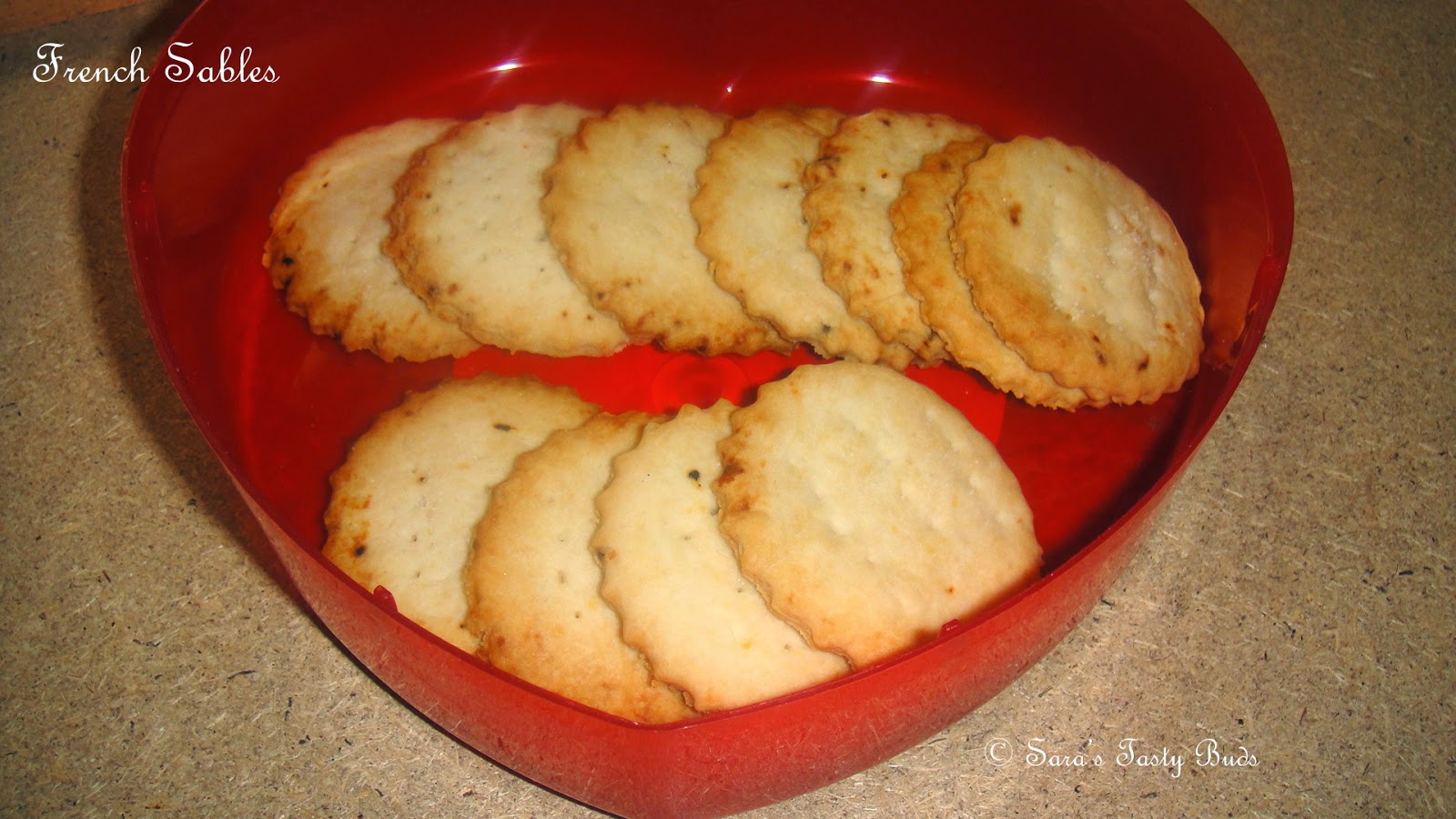 French sables is ready to serve. 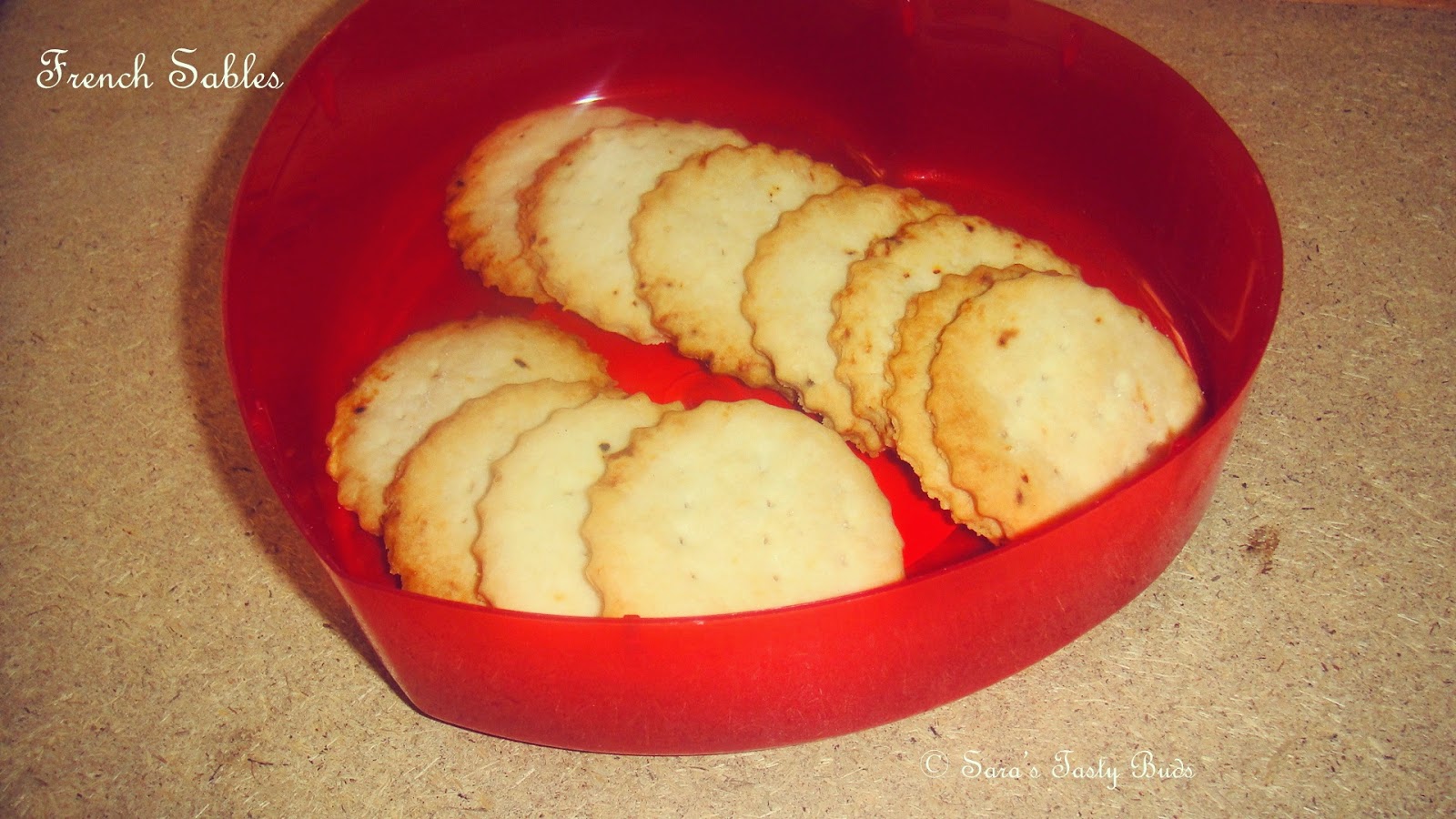 Posted by Sharanya palanisshami at 10:45 AM No comments: Links to this post

Milagai Bajji / Chili fritters was a common snack in south India. This was a chili pepper used to make fritters which has less spice level than others.
I like to have these fritters during rainy day with a cup of hot tea. I had already posted milagai bajji , this is a masala stuffed bajji.

As the stuffing inside the chili is made of potato with assorted masala  with the crunchy chilli pepper and the beasan coating outside makes the bajji so delicious………….. 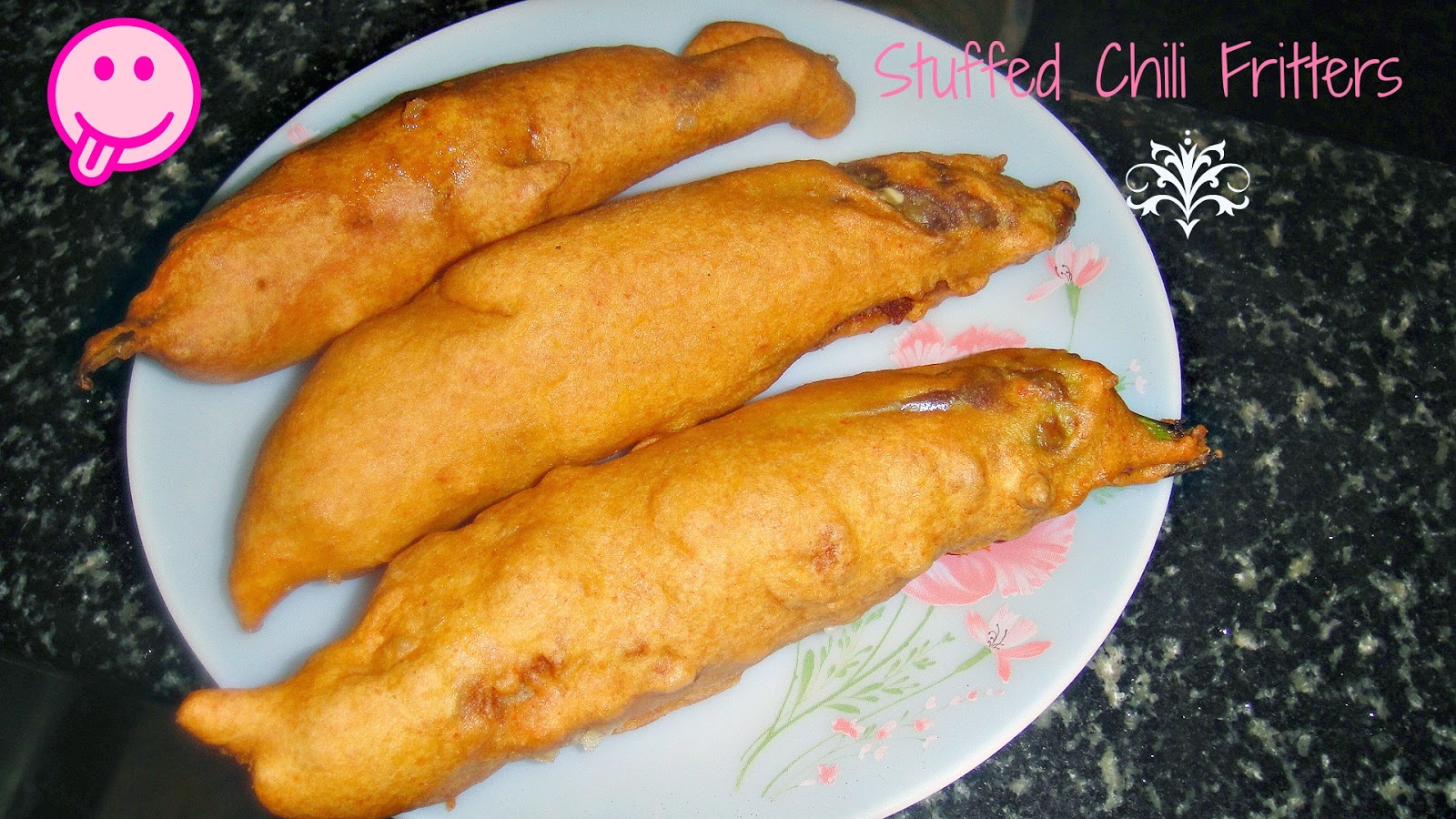 Method :
Cook the potato , peel skin and mash.
Heat a teaspoon of oil , add in onion and G-G paste, sauté well.
Add in the mashed potato and mix once.
Now , add the masala and required salt.
Let the stuffing cool.
Wash the jalpaenos and make a slit on oneside , don’t cut fully.
Stuff a spoon of stuffing in each jalpaeno.
Mix the gram flour , baking soda , salt, 1/8 tsp of chili powder  and half cup of water to a thick batter.
Heat oil in a frying pan , dip each stuffed jalpaeno in the batter and deep fry till golden brown.
Stuffed chili fritters are ready to serve.
Coconut chutney will be a best accompaniment.
I love to have without any dip.
Note :
The seeds of jalpeaeno can be removed to prevent excess spicness.

Posted by Sharanya palanisshami at 6:00 AM No comments: Links to this post