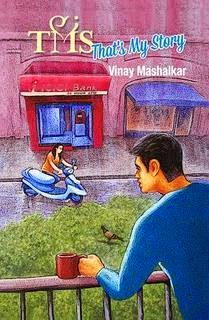 About the Author :
Vinay Mashalkar was a B.Tech ( Electronics and Communication ) graduate works in chip designing domain.. He was interested in reading books and dreamt of becoming author one day. This was his maiden book and he had done a fantastic job. 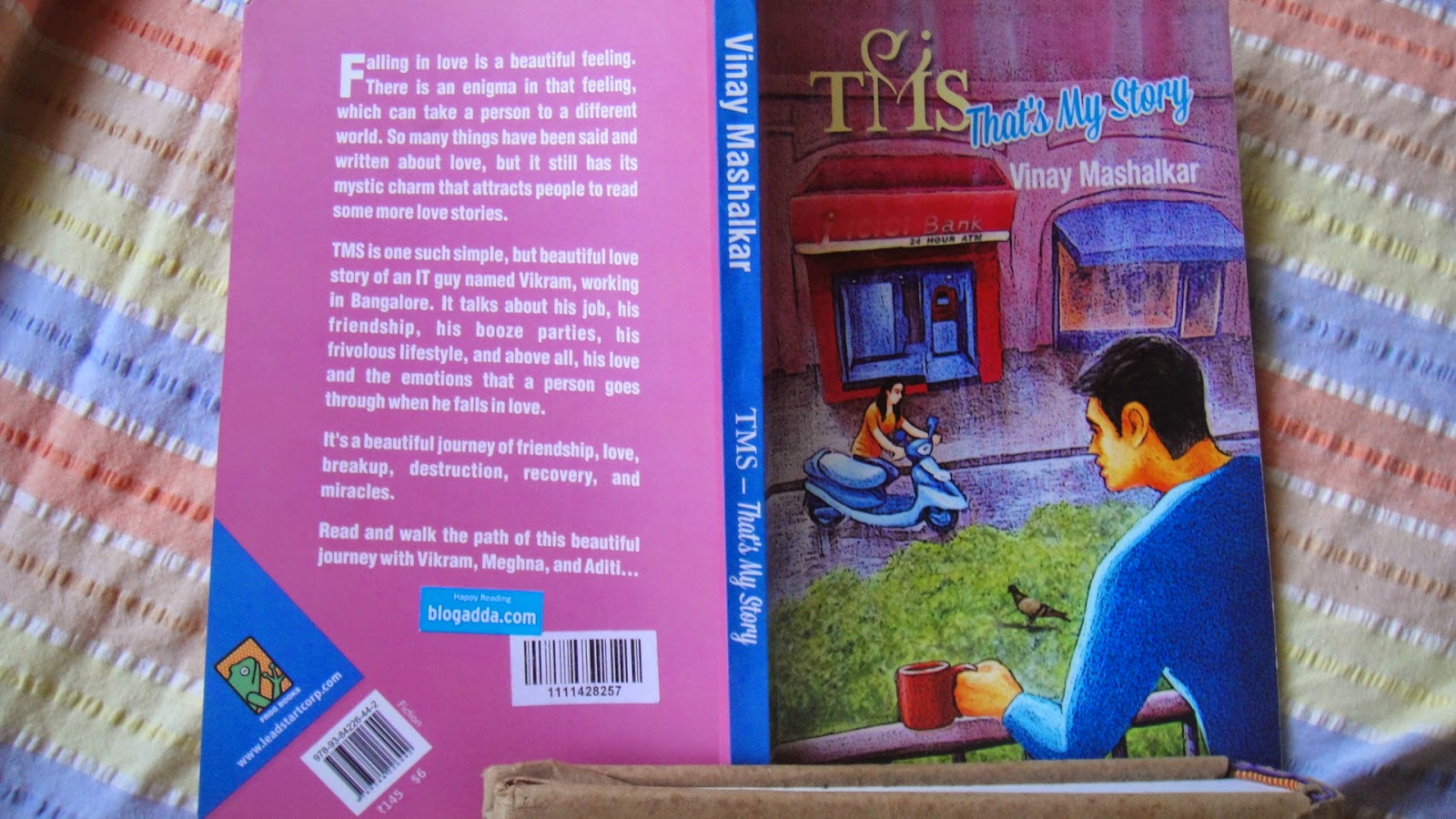 About the Book :
The front cover of the book was so colorful and I liked it very much. It depicts the main characters first meeting scene.
The book consists of 175 pages and divided into Seventeen chapters. The cost of the book was INR RS : 133/- in flipkart. I find that the price was reasonable. 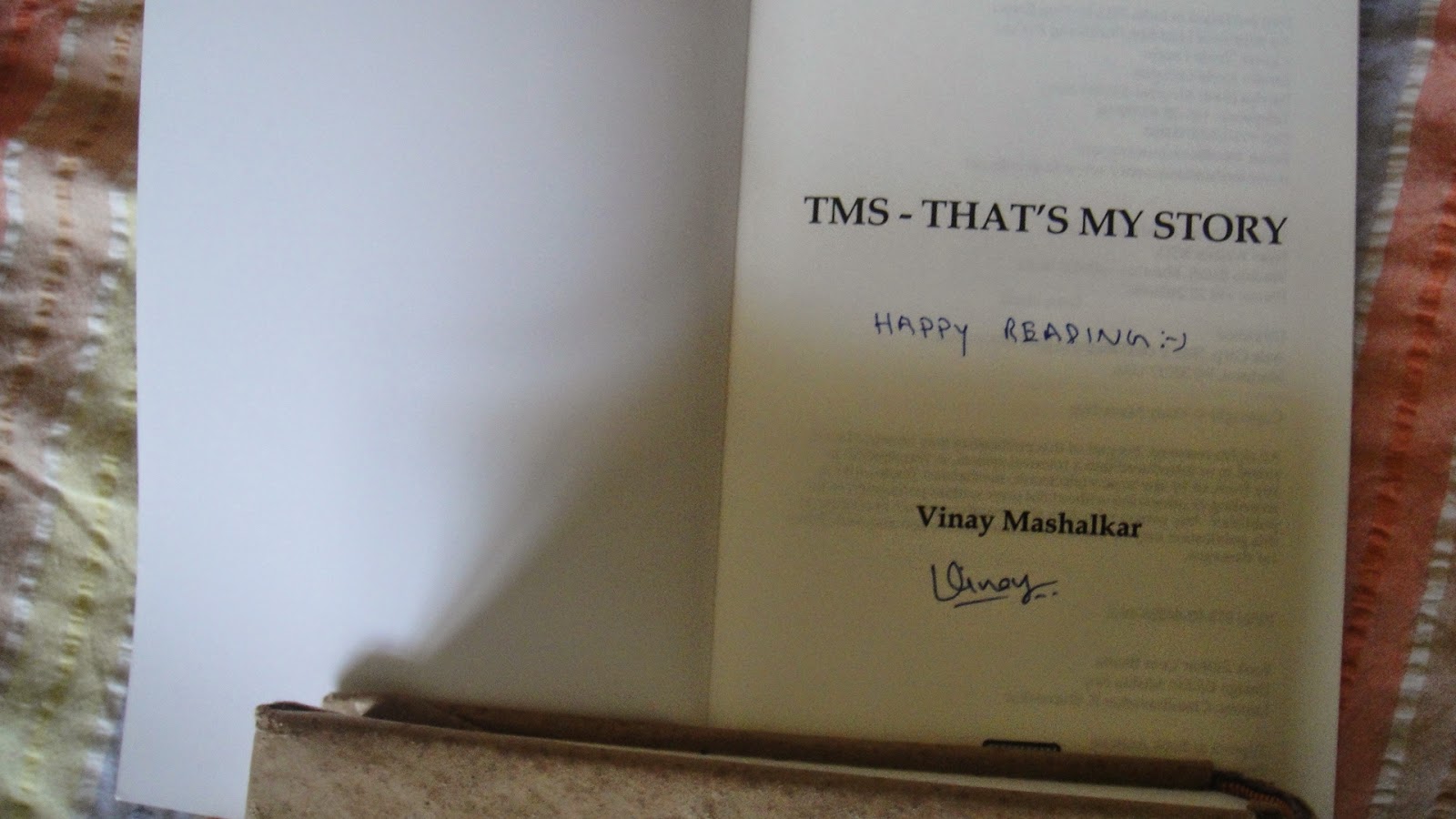 Story line:
The story tells about the present day life of the guy working in the corporate world and his love life.
The story begins with Vikram’s interview to a corporate company on the Valentine’s Day. After two days he got the confirmation letter.
He stayed with four others – Mahesh, Prashant , Ravi and Dinesh. He gave his friend’s party which was as usual what all the bachelors have – Beer.
In the office he made few friend most of them were technical geeks and some were resonant to his frequency one of them was Swami, with him he hangout a lot.
After a probation period of three months , he got permanent and his salary was doubled as usual there was party with his friends in home.
Browny – a pigeons , he used see whenever he stands in the balcony of their house – Whenever he sees browny he feels like something good is going to happen. By this time he completed one year in his job.
On a fine day in the evening, it was drizzling out; he was standing in the balcony and sipping the coffee, he saw a girl infront of ICICI ATM. That girl was struggling to start her red colored scooty. She was beautiful and overall charismatic personality got his attention.He thought it was destined to meet her.
The next day , he started to office early by 7 AM . He got into the bus , in the same she also entered .She get down on at one stop before him.
The following days he came early to see her , but she didn’t showup for two days . After that she was coming regularly and he was hesitant to talk with her. This continued for several months. But she used to stare at him.
On the day of Bangalore’s bomb blast, vikram left office early. He took an autorickshaw to go home; he saw her standing on the bus stop. He asked her whether she can join him as there was no bus available.
She asked about him and he asked about her and came to know that her name was Meghna , CA studied in London  , working in An MNC .
They exchanged their mobile numbers and started sending SMS , gradually it went off to chatting over phone , going to movie , meeting at malls and at a nearby Café coffee Day.
Another girl named Aditi was introduced to him by his uncle through marriage fixing. He was so comfortable in talking with her. He might have choosen her if he hadn’t Meghna at the time.
One day vikram proposed her and she accepted. He told about their love to his parents and got approval.
Did Meghna got approval from her parents?
What role did Aditi played in their life?
To know the rest read the TMS…………..

My opinion :
The ending was so good and it brings smile to everyone. In my opinion the book was worth reading. The author has narrated in a simple way and in simple language, so everyone can understand.

Posted by Sharanya palanisshami at 10:32 AM