For this month's Bread bakers the theme choosen by Wendy of A Day in the Life on the Farm  is Pancakes. As the fourth week of this month is dedicated as National pancake week , this theme was chosen. Pancake can be sweet or savory. They can be griddle cakes or oven baked. They can be healthy or decadent. Crepes , Blintzes , Abelskivers , Hotteoks , Dosas ......

I choose to make this peanut stuffed Hotteok. Hotteok are korean sweet pancake . Though it resembled the Indian sweet Poli / Obbatu , which we commonly make with Bengalgram or coconut sweet stuffing . 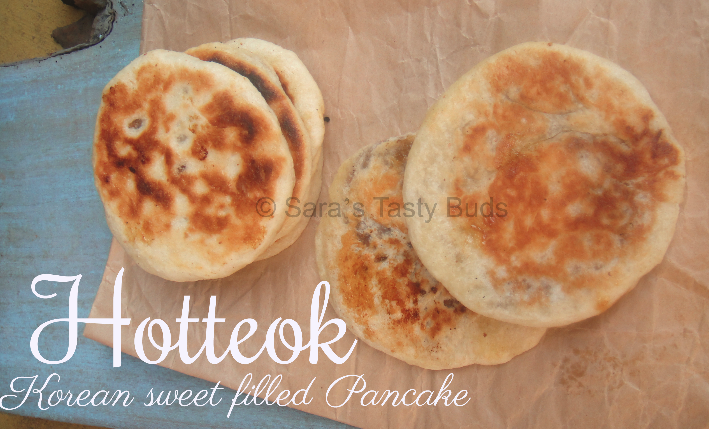 Hotteok is one of the most popular korean street food which is a sweet filled pancake. I had seen in my favorite korean dramas and shows. 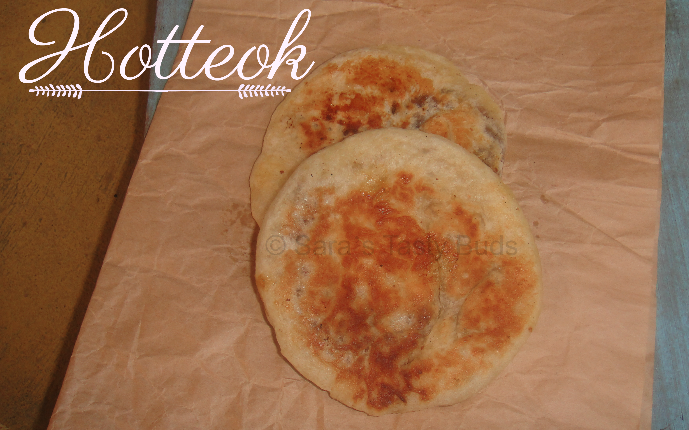 The dough for hotteok is made from wheat flour , water , milk , sugar and yeast . The dough is allowed to double. A handful sized balls of this dough is filled with the sweet filling which contain brown sugar , honey , chopped peanuts and cinnamon. The filled dough is then placed on a greased griddle and pressed flat into a large circle with a special tool with a stainless steel circle and wooden handle as it cooks.
In korea , ready - made dry hotteok mix is available in plastic package.

Hotteok is believed to be originated from chinese merchants who immigrated to korea after the late 19 th century.

Many like the traditional cinnamon and peanut filling , there are many new filling were developed in 21st century. They are green tea hotteok , pink bokbunja hotteok , corn hotteok , vegetable , kimchi , meat  and more....

Hotteok are usually eaten during winter season in korea. Due to its high sugar content , a single hotteok may have as many as 230 calories.

In a bowl , mix the flour , salt , sugar , yeast well.
To this add the lukewarm water and knead well into a smooth soft dough.

Apply oil on the dough and cover the bowl with cling wrap and let it double in size.

In the mean time , roast the peanuts and remove the skin . Crush the roasted peanuts and mix the brown sugar , cinnamon powder and honey.

Apply little oil in the hand and divide the dough into lemon size balls. 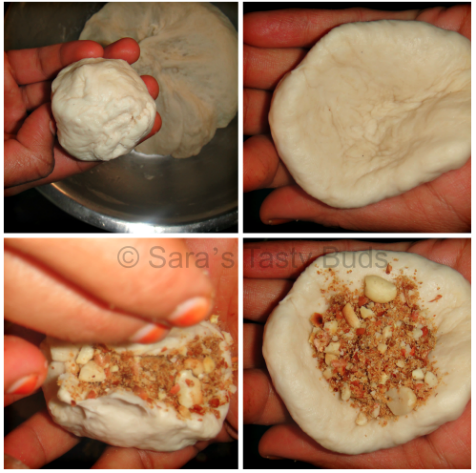 Take a dough ball in your hand , flatten into a cup shape with your hand and place a spoonful of filling in the center and seal  the edges. 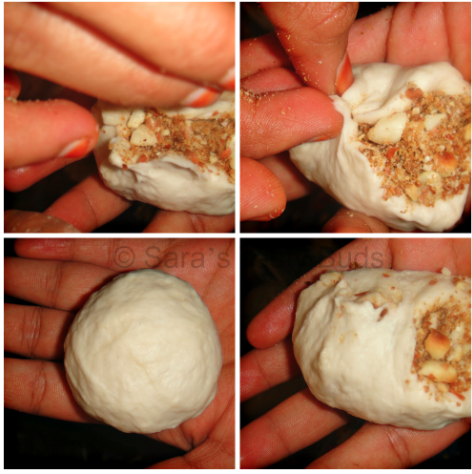 In the same way make the remaining dough into hotteoks.

Heat a griddle on the medium heat , apply the oil on the griddle .
Place the shaped hotteok on the center and with the help of a round flat device with a handle , press into a flat disk and cook on medium flame .  Use a lid to cover the hotteok while cooking. 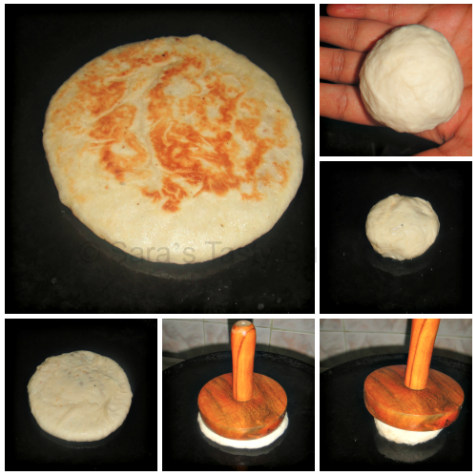 Flip to other side with a turner and cook on both side . Apply sesame oil on the hotteok with a brush for crispy crust.
You can cook two or more hotteok at a time depending on the size of the griddle.

Hotteoks are ready to be served .
Serve hotteoks hot or cold....

The smell was so good from the fried bread and the sweet filling was delicious.


Check out the friends recipes from the group.....

#BreadBakers is a group of bread loving bakers who get together once a month to bake bread with a common ingredient or theme. Follow our Pinterest board right here. Links are also updated each month on this home page.

We take turns hosting each month and choosing the theme/ingredient.

Posted by Sharanya palanisshami at 4:44 PM